Alert! Due to Hurricane Michael our Panama City offices remain closed until power is restored.

Lead the Way Home Savings Program Gives Back to Community 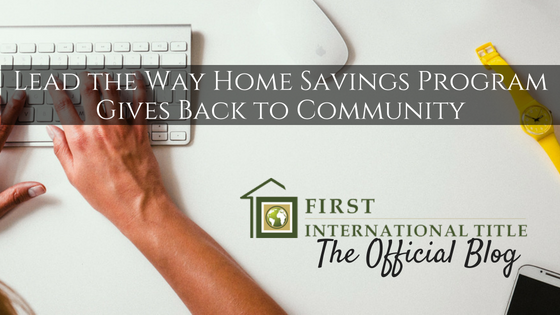 For real estate agents, there are countless programs and charities available nationwide for you to give back to your communities. If you’re looking for a more local program, Lead the Way Home Savings, founded by Jeff Parkerson, gives back to the people who serve their communities on a daily basis.

After settling down in Texas with his family, Parkerson began searching for ways to give back to his community. As a former Marine, police officer, and air marshal, among other positions, Parkerson decided this was something he needed to do.

“I looked at some other programs,” Parkerson said. “But I wanted to do something a little differently.”

One important factor Parkerson noticed about other programs similar to Lead the Way was they did not include supporting personnel or ministry. For example, police dispatchers and admin personnel did not qualify. He wanted to be different. Lead the Ways Home Savings not only includes all folks who serve their communities with the above careers, but their entire supporting staff as well. 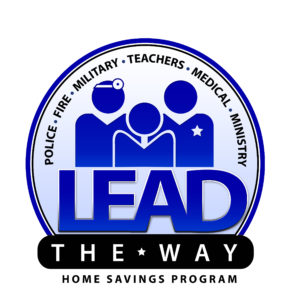 “These people behind the scenes are very crucial,” Parkerson said. “Even though they don’t qualify for those other programs, I felt that they deserve it.”

He said the program has evolved a lot since its inception. At first, he was the sole realtor offering Lead the Way and it was a local program, serving the Dallas, Houston, and Austin areas. Now, he works with realtors nationwide that also have a passion for service. Additionally, many mortgage and title companies have joined the network of Lead the Way to offer even more benefits.

“We started working with agents outside of our area,” Parkerson said. “We’ve had great success but we’re still getting the word out.”

Any real estate agent from any brokerage is able to take part in Lead the Way. Parkerson’s goal for the program is to have agents, nationwide, that are ethical, and passionate about serving – no matter which brokerages they work for.

Parkerson also hosts a radio show called “Lead the Way Radio,” at KVGI Studios in Frisco, Texas. The show airs nationwide and is broadcasted live every other Thursday from 1-2pm CST and he said it’s not focused only on real estate, but that it’s just another way to focus on people giving back to their communities.

“It’s all about charities and nonprofits and great people doing great things for the community,” Parkerson said. “Our show demonstrates that the world is made up of good people, and we love being able to share those organizations and those people to the world.”

“We’re just passionate about giving back about those who protect us and add value to our community,” Parkerson said. “These are the types of people you want as neighbors.”

For more information about Lead the Way Home Savings Program, to join the program as a realtor, or to apply as a home buyer go to www.LEADTHEWAYhomes.com.